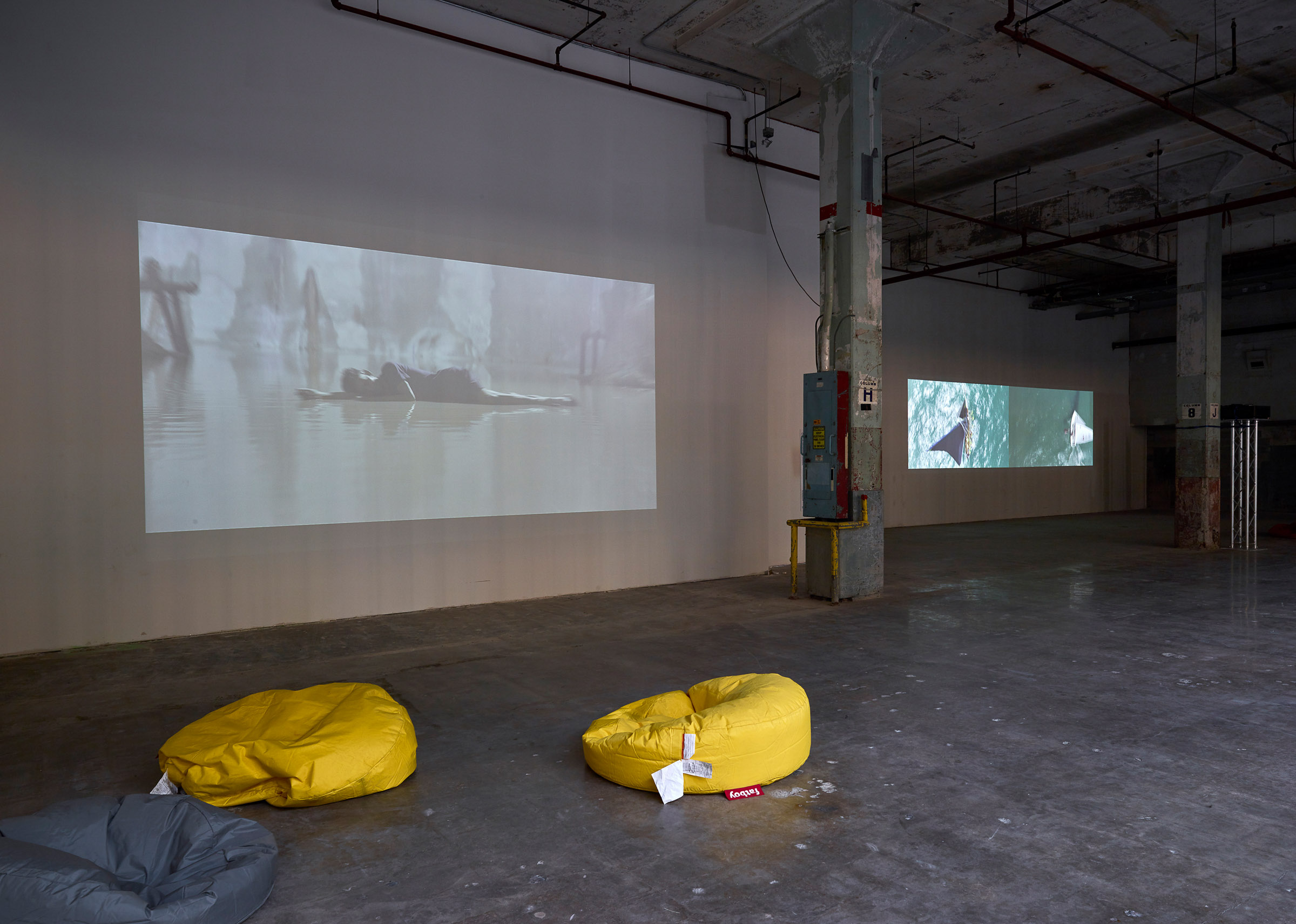 This two-channel film starts with Lim on a small boat sailing off the coast of Singapore juxtaposed with the undersea excavations of Jurong Rock Caverns, Southeast Asia’s first underground liquid hydrocarbon storage facility. Located at a depth of 130 meters beneath the Banyan Basin on Jurong Island, the Caverns support Singapore’s petrochemical industry. In this work, Lim highlights another critical dimension, that of the personal. It is the personal nature of this work as seen through the perceptions of the sea that may be inverted, that compliments the geopolitical nature of the project and adds to its complexity.

In its exploration of the many diverse aspects of the sea through SEA STATE, Lim invites a reconsideration of the conception and perception of the “nation” and the attendant anxieties that plague small nation states in our age of globalization. He reveals the anachronism between the actual and the imaginary, the finite and fluid in the perceptions embodied by national governments, as well as, individuals, thereby articulating new ways to think about nation states in our era and the role of art within our contemporary global reality.

Charles Lim Yi Yong (b. 1973, Singapore) lives and works in Singapore. Lim studied Fine Art at the Central Saint Martin’s School of Art and Design, London, graduating in 2001. As an athlete and former national sailor who competed in the 1996 Summer Olympics in Atlanta representing Singapore and Team China in the 2007 America’s Cup, he co-founded the seminal net-art collective tsunami.net. Charles Lim Yi Yong represented Singapore in the Singapore Pavilion at the Venice Biennale in 2015. 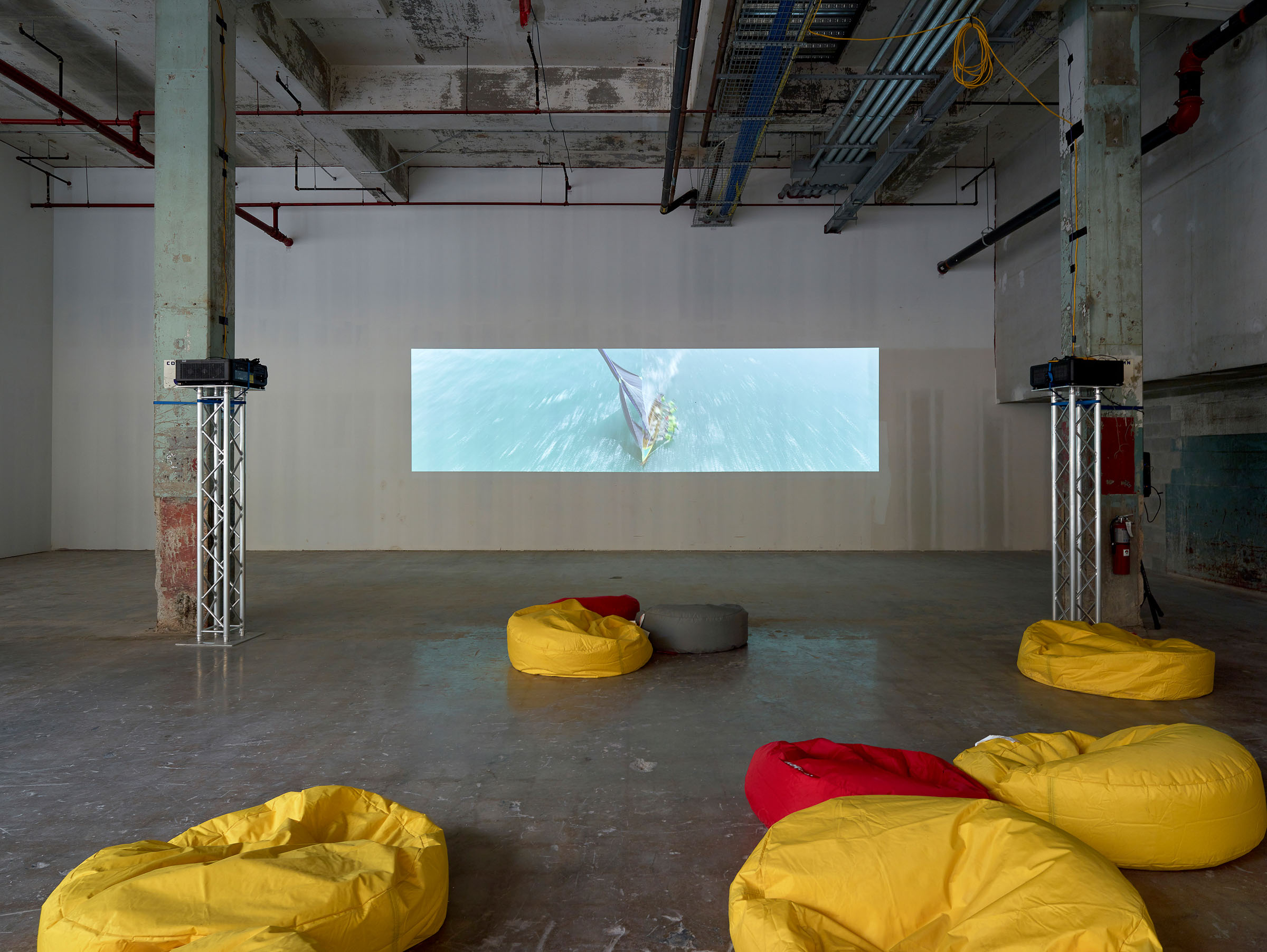 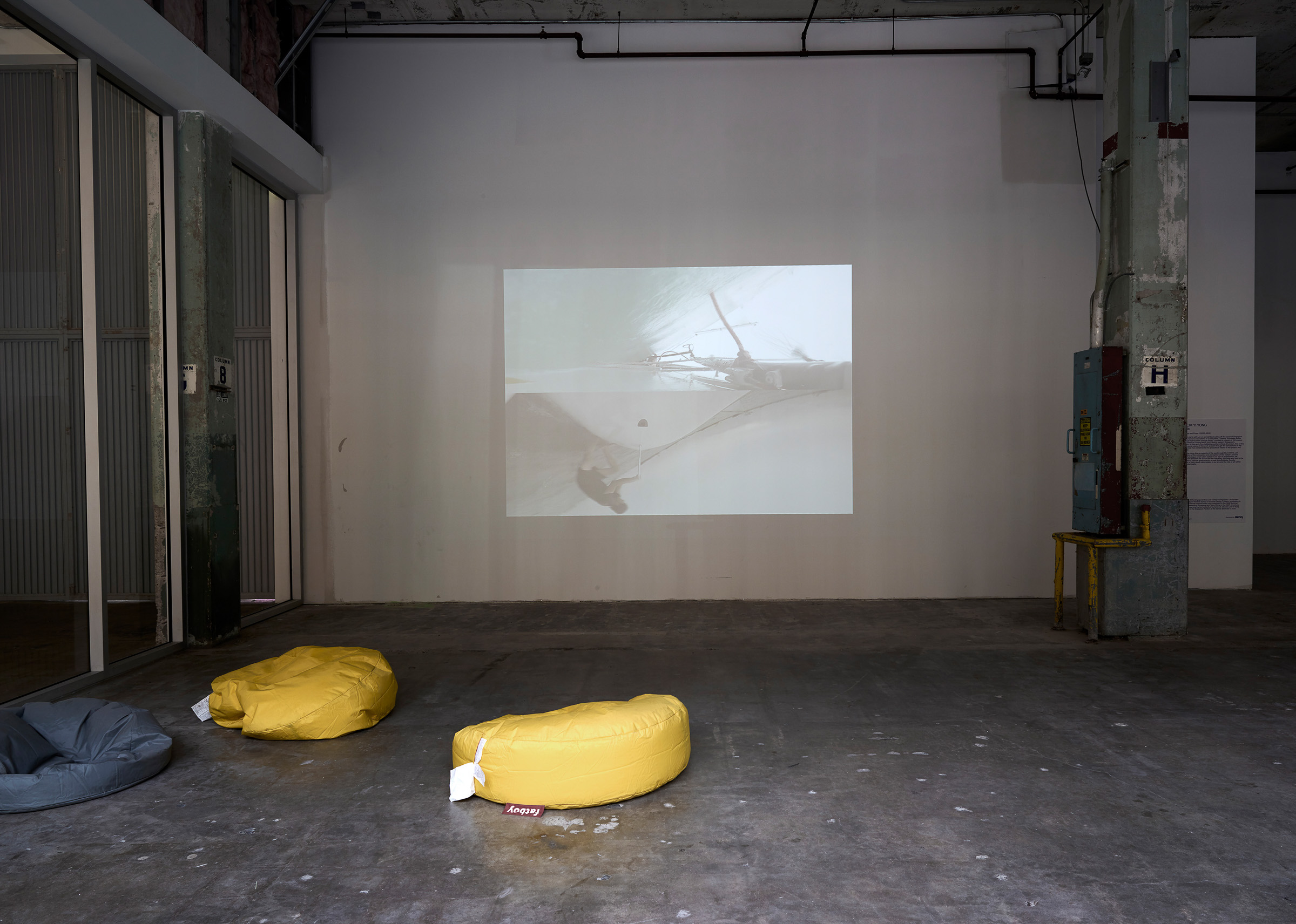 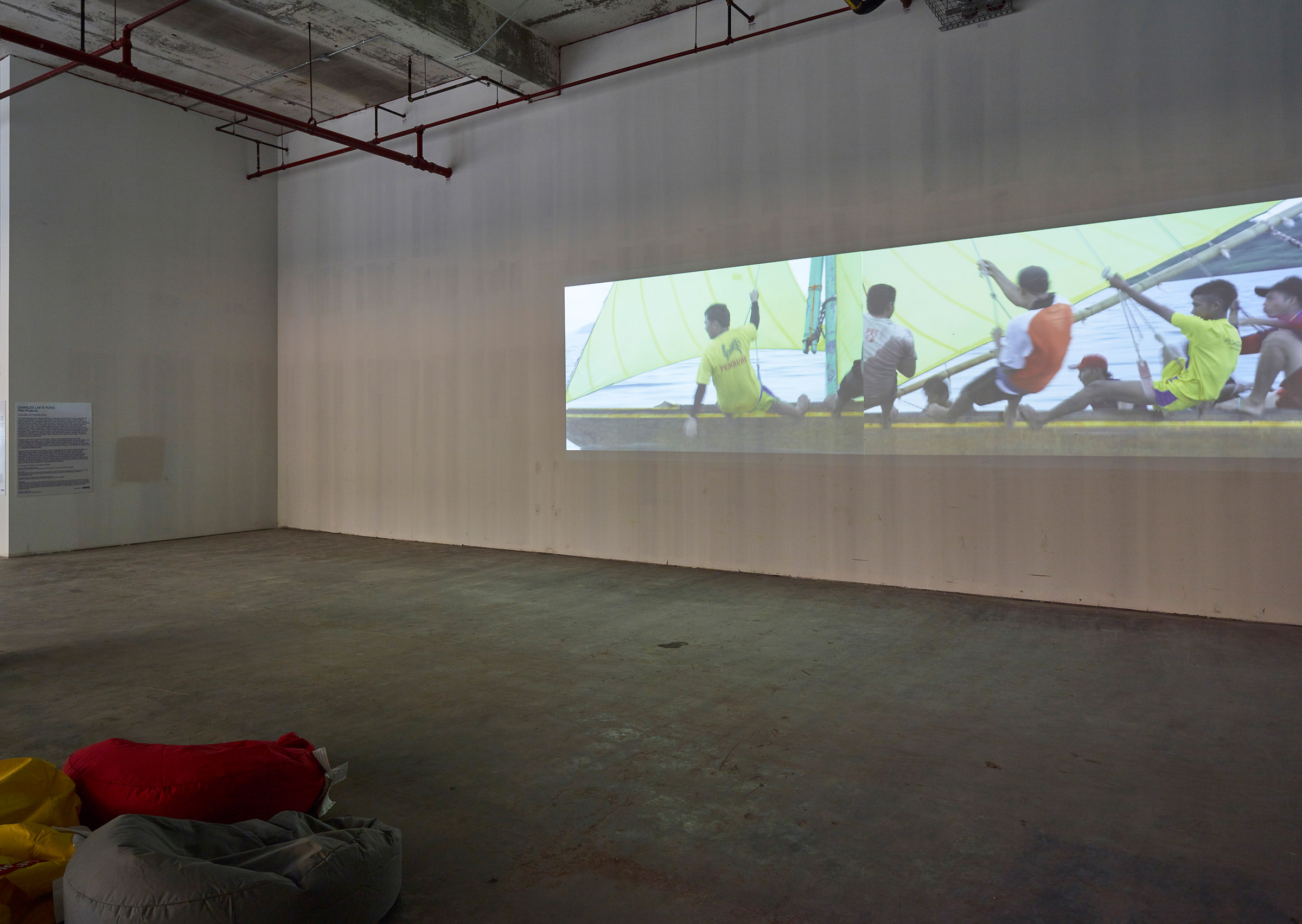