It’s never been so much fun to get DIRTY! With fresh and exciting vegan soap, bath products & candles from Pop Soap. Handmade in Houston by siblings who have a passion for all things pop culture and helping you live your best life starting with healthy skin. 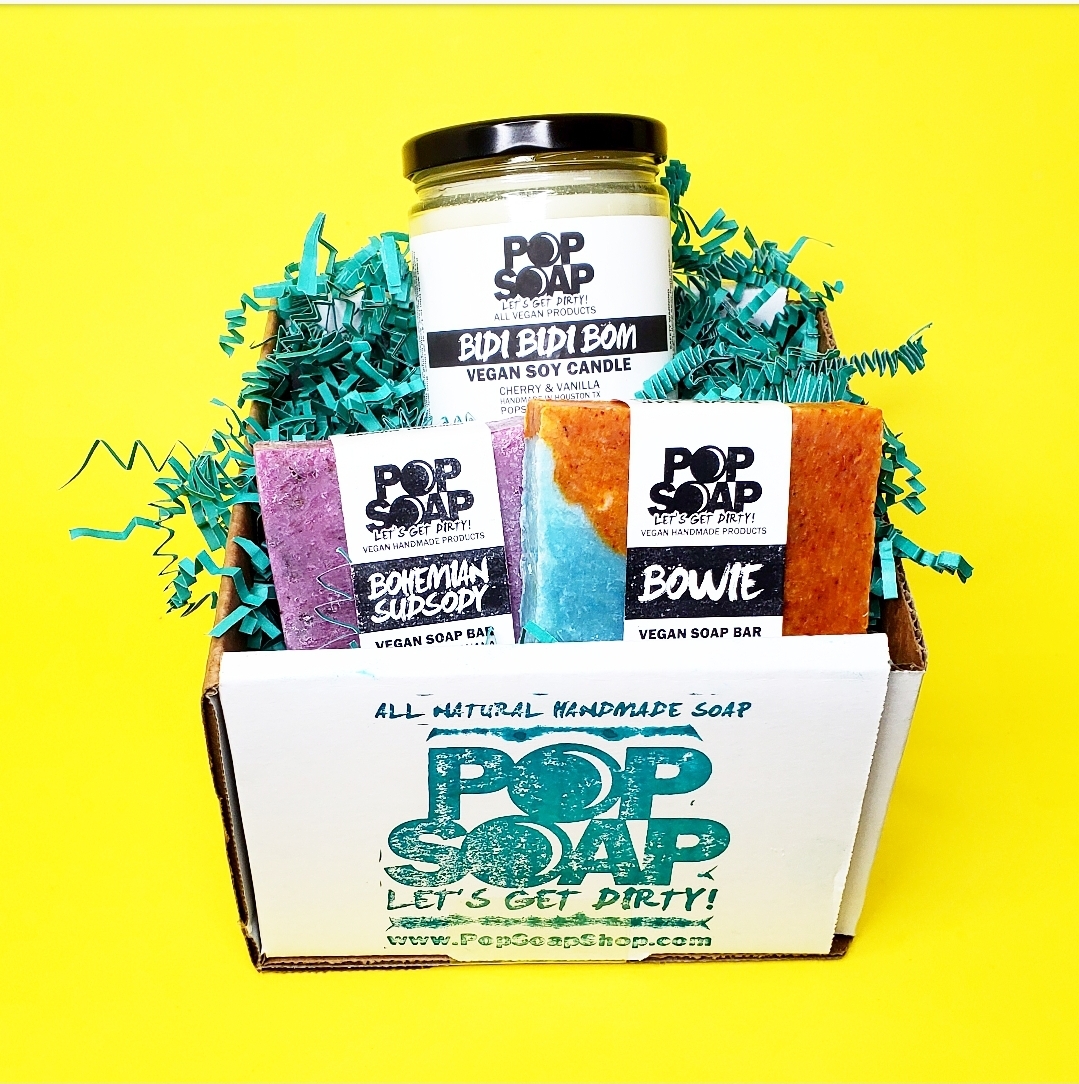 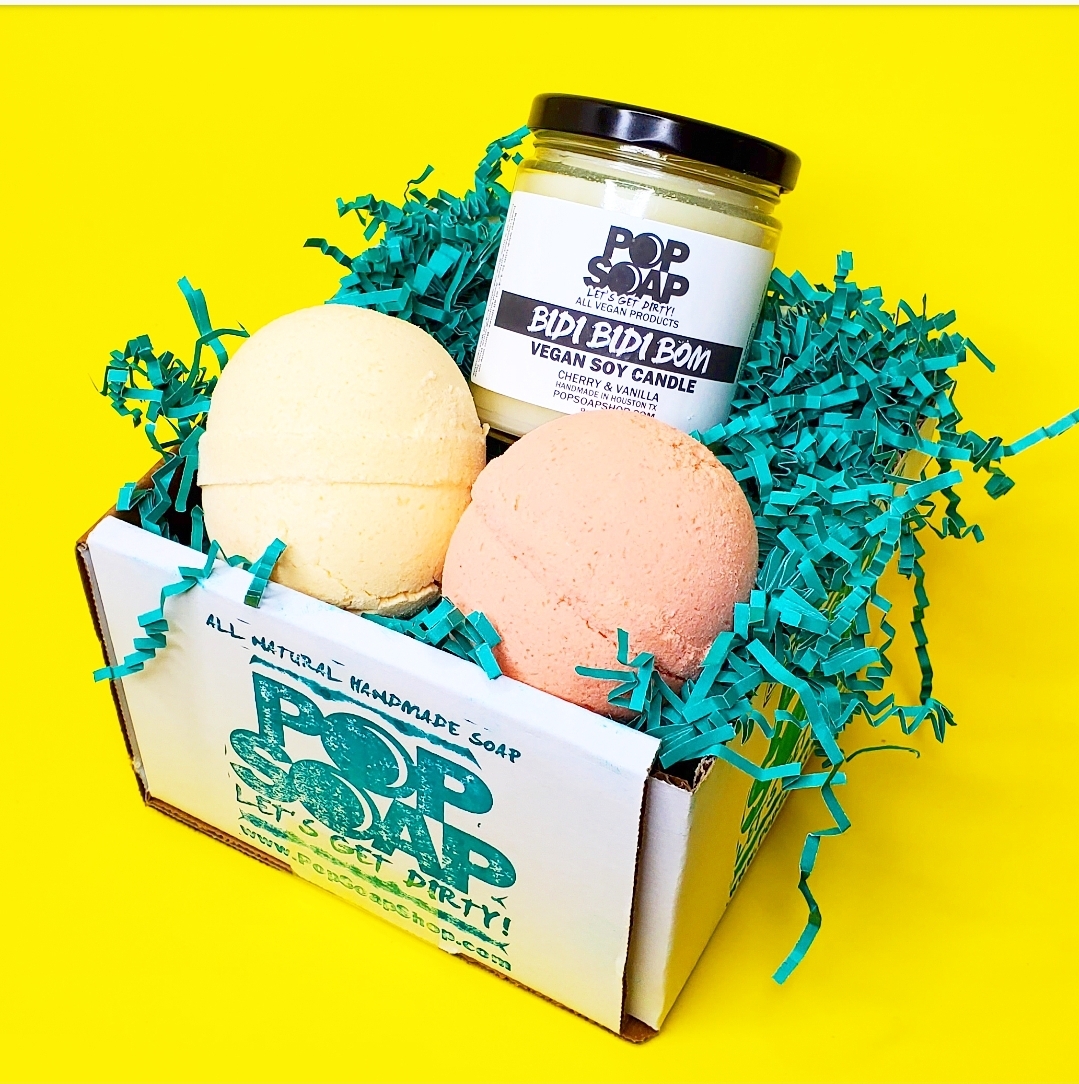 The Pop Soap dream was born 20 years ago, long before a single bar of soap was cut. Siblings Gem & Paul watched the movie Fight Club and as the credits rolled they looked at each other and jokingly said "We should make Soap! Wouldn't it be bad ass and fun! Let's do it!" Making the same joke for 15 years every time they watched it, together they wrote and directed short films, toured in a punk band and had their own graphic design firm. They always hoped to combine all these passions into one but They never imagined one day SOAP would bring it all together!

It's now been 5 years since the first batch was made and it hasn't stopped there. They wanted to hold POP SOAP to the highest quality standards and decided to dedicate their company to being ALL VEGAN always having felt a passion for holistic health and fighting animal and earth cruelty. Taking inspiration from their favorite Pop Culture and childhood memories they have created the very best All Vegan Handmade Products such as Soap, Bath Bombs, Body Butters, Shower Gels and Beard Products designing each line with a wink to their favorite Pop Culture memories that they love having in common and sharing with all their customers.